boots on the ground 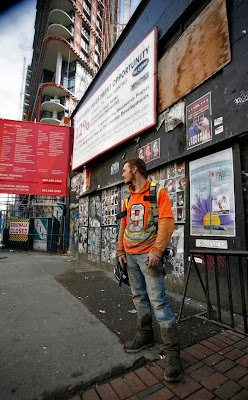 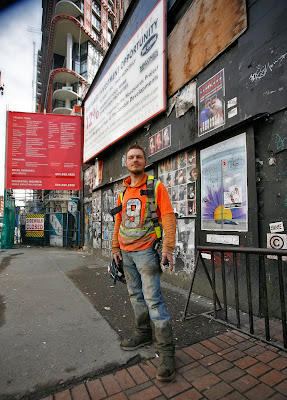 i've been living in dowwtown vancouver for the last 2 or 3 winters. plenty of development/construction. i have always noticed the hordes of construction workers, coming/going to their shifts ect. i want to, (and will),do a portrait series of this work force ( in the context of the city). / it seems univeral to me. they could be here, on the rigs, they could be miners, cowboys etc. they wear their gear like armore.

this is my first portrait / this guy reluctatly gave me a few minutes....that's univeral. stay tuned for more...
Posted by douglas e. walker at 8:24 PM 2 comments: 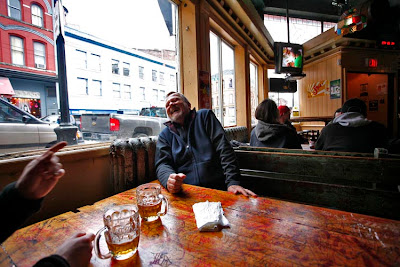 turns out tommie d. had a good laugh at all the 'photo caption' submission. does anyone want to take a shot at this one??
Posted by douglas e. walker at 9:31 PM 3 comments: 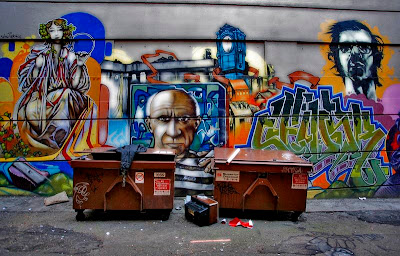 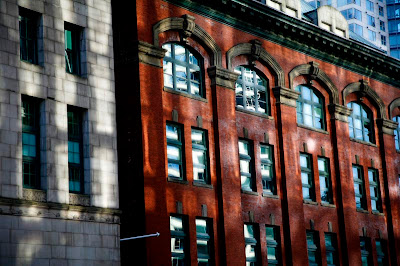 a couple of images from downtown vancouver i shot today. i especially like the 'alley' shot. i had a video camera in tow / working-shooting a yet to be determined project. hard to imagine how many frames/images i shot today..... stay tuned for more...
Posted by douglas e. walker at 10:06 PM 3 comments: 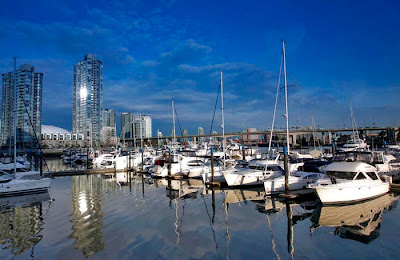 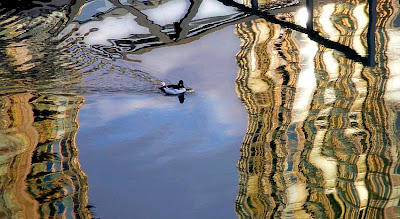 i found out today that friends of my sister/brother in law have a sailboat moored at the marina in yaletown. it was a lovely day, so i thought i would head over, and shoot them a photograph (i'm sucking up/hoping for a ride someday). i guess i got the 'postcard', but the second shot is how i really like to look at things. so, 2 variations of the location.
Posted by douglas e. walker at 8:10 PM 1 comment: 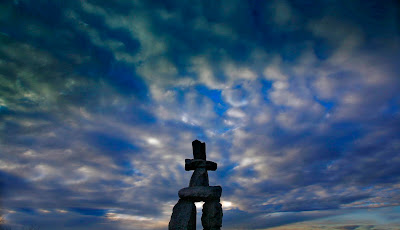 i walk by this wounderful art on a regular basis. the sky caught my eye today, so i stayed around and took this photograph. i believe this sculpture is the bases for the winter olympic logo. i've added a bit of info from a winter olympic web site:

The logo and mascot of the future 2010 Vancouver Winter Olympics is based on the Canadian Inuit inukshuk. The inukshuk is a stone marker that has been used by the Inuit to help guide through the northern Arctic terrain for centuries - see the Inuit Inukshuk article for background information. The Inuit inukshuk has also become a symbol of leadership, cooperation, friendship and the human spirit. This contemporary design of an inukshuk by Vancouver based Elena Rivera MacGregor and her team of designers was chosen from 1,600 entries from across Canada by an international panel of nine judges. The mascot will be named Ilanaaq which means ‘friend’ in the native Inuit Inuktitut language. Rivera MacGregor claims that her winning design represents the culture, environment and people of Canada.
Posted by douglas e. walker at 6:49 PM 4 comments: