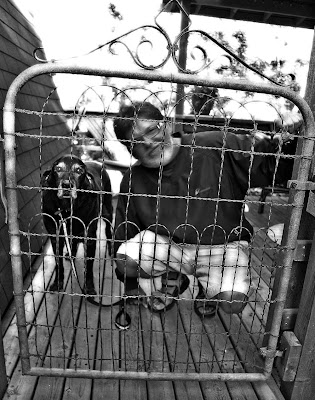 or is that joe and jim? i don't usually post the 'family' stuff, but i like this one. jim (the guy), mentioned that maybe i should take a photograph of him and joe (the good looking one on the left), before one of them moved on to another world. this was a quick shot from the hip, but it may become a classic... so i post for the archives.. it's a nice moment in time (to my eye).
Posted by douglas e. walker at 9:45 PM 2 comments: 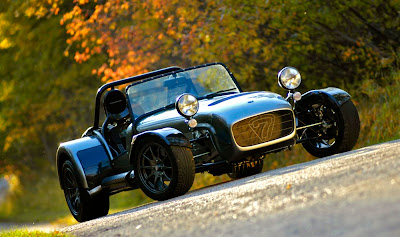 took this shot last year for a friend. he works off shore on the oil rigs, (malaysia i believe), so i haven't seen him for awhile. we crossed paths the other day, and he joked that he hasn't seen the shot on my blog. so here it is. i asked clay the dentist to write the byline (he knows more car details than i).

clays' first attempt: "here's one we did a year or so ago as Neil B leans into a tight chicane with the legendary Caterham Lotus 7 open wheel British racing car built by himself !............ Vroom Vroom "

second attempt: so how's that?? too over the top I esp thought "chicane "was a nice use of words I did spell check it
Has a Jackie Stewart ring to it........

alright, i'll stick to the photography, and clay can keep on drillin' teeth. it's a swell looking ride tho..... ( the car that is). enjoy neil.
Posted by douglas e. walker at 8:42 PM 5 comments: