looks like.... somebody just had to burn a few 'tractor hueys' before shutin' her down for the day....
Posted by douglas e. walker at 9:09 PM 2 comments:

ok, canmore alberta has the three sisters (a trio of peaks known individually as Big Sister, Middle Sister and Little Sister) .......... well, the yaris and i came across the three trees... known as... well....... the three trees. so take that AB.
Posted by douglas e. walker at 11:13 PM 5 comments: 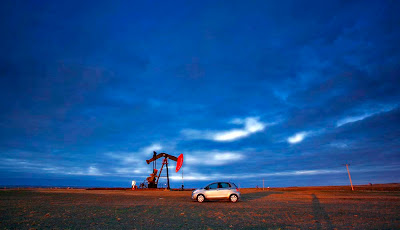 every once in awhile, the yaris and the pumpjack hook up for a friendly chat. after all, one could not exist without the other......
Posted by douglas e. walker at 11:33 AM 3 comments: 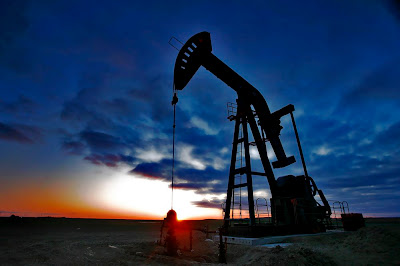 i came across this location on my trip home from the 'big city' this eve. also captured a few 'flatland' portraits of the yaris / will post tomorrow. i know you all can't wait...??
Posted by douglas e. walker at 9:35 PM 2 comments: 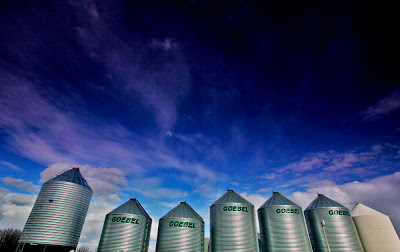 the Goebel family of bins gather for the weekend...
Posted by douglas e. walker at 8:19 PM 3 comments: 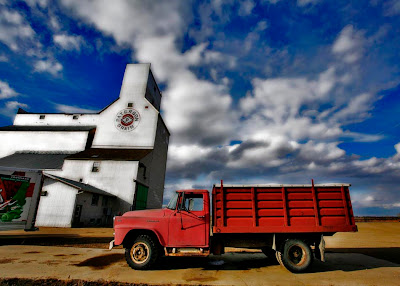 i understand that kipling saskatchewan is having a birthday this year / 100 years, so i'm posting my official town portrait (it's not a red clip, but at least a red truck). kipling has a few stories / one of them below.. from wikipedia.


On 12 July 2006, Kyle MacDonald made his final trade with the town of Kipling, Saskatchewan after a successful series of trades from one red paperclip. The house is located on 503 Main Street. Kyle bartered the right to a role in a film to be produced by Corbin Bernsen called Donna on Demand for his house. Kyle and his girlfriend, Dominique Dupuis moved into Kipling around Labor Day, 2006. Open auditions for the movie role were held in Kipling, with Bernsen selecting 19-year-old local resident Nolan Hubbard for the role.
Posted by douglas e. walker at 12:04 PM 1 comment: