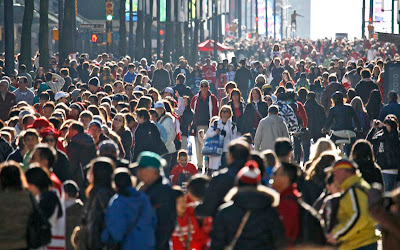 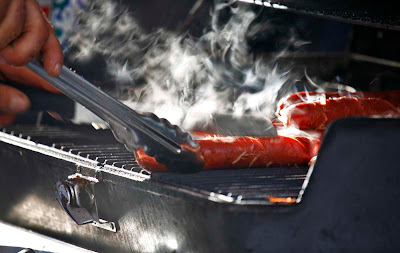 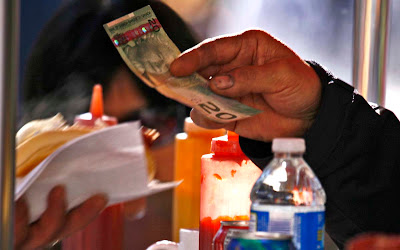 i have to comment: i was getting hungry editing these shots. the fatty hotdogs, the smell of frying onions..ummm. but i shouldn't be. because on my way home from the shoot, i bumped into some sask friends who have a fab 45ft sail boat sitting pretty in the yaletown marina, in the heart of the city. fresh oysters, a few pops, and the game playing on board. thxs to the colhouns/i owe ya one. oh, and judy.. watch your head!!, and that second step..

I can taste those hot dogs from here==all adds to the festivities of the games--you are lucky to be there so close to everything. A heartbreaking hockey game last night--the U>S< seems to do things right-they were so fast had to turn off the game, go to bed and hear the score this morning. Lucky for you also to run into Sask. boating friends-we still like those who speak our way(from Sask). cw

I like the three together, really allows one to feel the vibe. Can almost smell the onions.

in that mass of humans, the onions in the cast iron pan dominated. hope the images tell the story (smell vision).

You managed to make me crave a hot dog with that shot Doug. Had to go buy some good old Harvest dogs and have one with a cheese stick today. Great shots. ML

don't forget the carlyle bakery fresh hot dog bun (that's all they're missing out here). can you send a doz?

Cheese sticks are much better for hot dogs! Don't get me wrong the buns are good too but we sometimes have to try out new combinations like cinnamon buns with cheese. ML
p.s. Not enough preservatives to make it that far . . . unless we send another van out that way.

good one! i forgot about the wayward van.