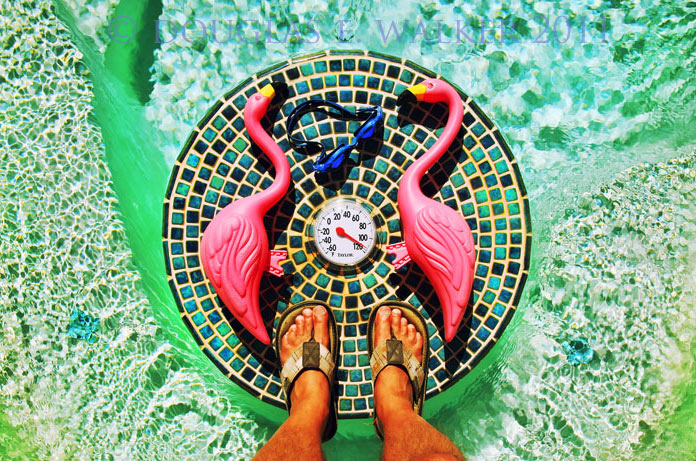 the start of a hot Memorial Day weekend in the desert..
Posted by douglas e. walker at 6:34 PM

If I had a thermometer, I would take a picture of the 8C and my stark white legs and post it.

yes.. hope it warms up before the days start getting shorter.....

Kelly may have 'stark white legs' now but her season in the sun is just beginning so very soon she will have her normal heavenly glow and we can admire her sun kissed legs. Maybe she could sit on the red rocker? I can see it now out with the Doc in Weeds shot an in with Kel and her lovely legs. Vote now!!
CEO
PS- sorry Doc

Hmmm, I suppose in the right light, the radioactive sheen from the sunburn could be considered a "heavenly glow", but probably not enough to de-throne Doc and his place of honour!

PS - thanks for the vote though CEO!